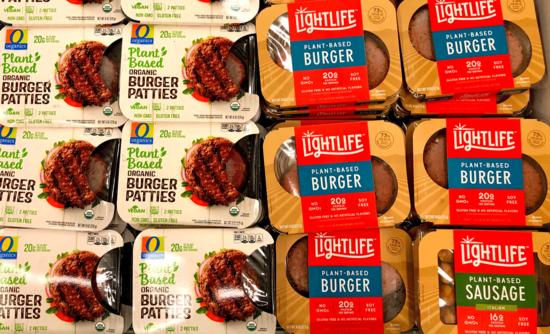 “Many scientists and advocates recommend eating less meat as a way to make modern lifestyles healthier and more sustainable (PDF). Most recently, the widely publicized EAT-Lancet Report, produced by an international team of health, agriculture and sustainability experts, recommended consuming less than half an ounce of red meat per day. . . .

“In February 2018, 48 percent of respondents said they were unlikely to “purchase foods that look and taste identical to meat, but are based on ingredients that are produced artificially.” By September that number had fallen to 40 percent. . . .

“The new generation of plant-based meats aren’t intended to substitute for other vegetarian products already on the market or target a specific set of health-conscious consumers. They have been designed to reduce the global impact of beef while appealing to everyone. . . .