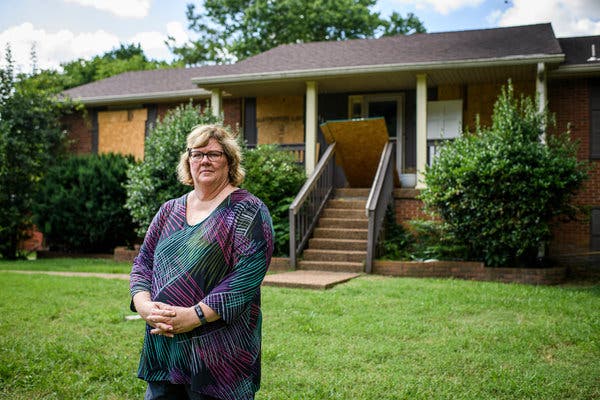 “Nashville is trying to move people like the Laidlaws away from flood-prone areas. The voluntary program uses a combination of federal, state and local funds to offer market value for their homes. If the owners accept the offer, they move out, the city razes the house and prohibits future development. The acquired land becomes an absorbent creekside buffer, much of it serving as parks with playgrounds and walking paths.

“Climate change is increasing the program’s urgency. While a number of cities around the country have similar relocation projects to address increased flooding, disaster mitigation experts consider Nashville’s a model that other communities would be wise to learn from: The United States spends far more on helping people rebuild after disasters than preventing problems.”