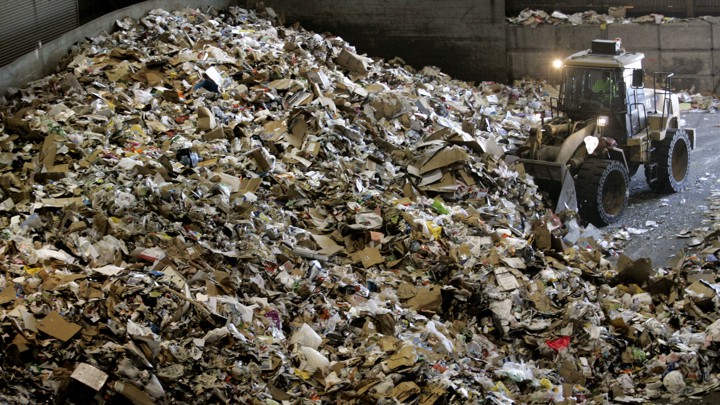 “Since 2010, Franklin has offered curbside recycling and encouraged residents to put paper, metal, and plastic in their green bins. When the program launched, Franklin could break even on recycling by selling it for $6 a ton. Now, Milner told me, the transfer station is charging the town $125 a ton to recycle, or $68 a ton to incinerate. One-fifth of Franklin’s residents live below the poverty line, and the city government didn’t want to ask them to pay more to recycle, so all those carefully sorted bottles and cans are being burned. Milner hates knowing that Franklin is releasing toxins into the environment, but there’s not much she can do. “Plastic is just not one of the things we have a market for,” she said. . . .

“This end of recycling comes at a time when the United States is creating more waste than ever. In 2015, the most recent year for which national data are available, America generated 262.4 million tons of waste, up 4.5 percent from 2010 and 60 percent from 1985. That amounts to nearly five pounds per person a day. New York City collected 934 tons of metal, plastic, and glass a day from residents last year, a 33 percent increase from 2013.”