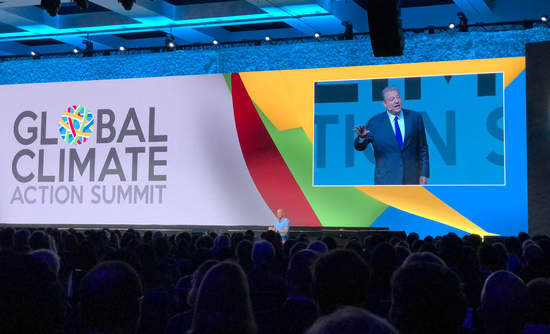 “Granted, it was a little of each. To be sure, it was a megaphone used by anyone and everyone who had a climate announcement to make, a report to release or a cause to trumpet. The GreenBiz editorial team’s collective in-boxes were flooded with a daily deluge of press releases and advisories, from the momentous to the mundane.

“But it was also a turning point for the climate movement, a moment in time in which companies and cities around the world made their case to step up action — and backed those words with a lengthy list of commitments and achievements.”