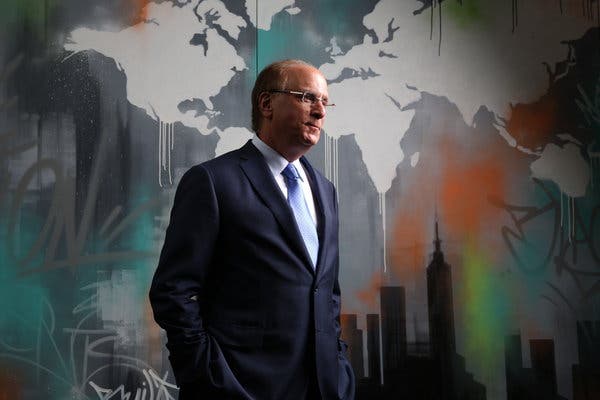 “]Laurence D. Fink, the founder and chief executive of BlackRock, announced Tuesday that his firm would make investment decisions with environmental sustainability as a core goal.

BlackRock is the world’s largest asset manager with nearly $7 trillion in investments, and this move will fundamentally shift its investing policy — and could reshape how corporate America does business and put pressure on other large money managers to follow suit.